What Are Tribal Tattoos

It is impossible to determine the origin of tribal tattoos because throughout history, tattoos have been done on both men and women to enhance, decorate and modify their skin. Many tattoos are expressions of personal freedom and showing your creativity.

Most tattoos, however, have to do with traditions that mark a person as a member or non-member of their community or tribe. They're also used to express religious, magical, or spiritual and personal beliefs. We all have a feeling of a need to belong, which is the most basic reason for the renewed powers of tribal tattoos. This form of body art has quite a simple appeal, we like the way they look and it reinforces a positive feeling about ourselves and connects us to an element of an ancient activity.

In African tattoo history, it shows that their designs came in the shape of animals, plants, spirits and their ancestry. Other cultures designs include Aztec sun clocks, Eskimo totems, and many different Native American tribes. Many tribal designs use heavy lines to create the designs. The patterns are typically all black, but colored body art are becoming popular today.

The tribal tattoos that we see today are modernized versions of the originals. The styles are similar, but are lacking the original belief. They're popular today among many celebrities, quite a few have tribal designs tattooed somewhere.

Another reason why tribal tattoos are gaining more popularity is because of the fact that they are easy to draw. Amateur tattoo artists typically practice on tribal tattoo designs in the beginning. Tribal tattoos are one of the simplest designs to ink. They usually just involve loops, swirls, crescents and sharp edges that are interlaced with each other. The designs are typically symmetrical, one of the reasons why they're fairly easy to draw.

The most common places you will see tribal designs are typically wrapped around the arm or ankle. Other common areas are the back or neck. In some of the original cultures, they were far more intricate and some that could take up most of their body. In some cultures, tribes in New Zealand, Brazil, and others, tribal tattoos would be done on the face.

Tribal tattoos are just as common in temporary tattoos today, as well. They can be found mostly in temporary transfer and airbrush tattoos. The designs can be a bit more intricate because they can have finer lines compared to real tattoos.

Whether temporary or permanent, tribal tattoos will continue to be a widely used and chosen design. Tribal tattoos have grown and taken on new meaning today. The cultural reasons for the existence are still there, but now are also worn as a form of self expression and art. 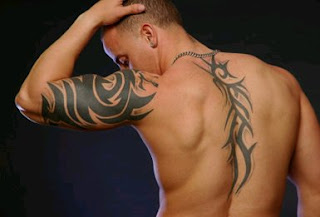 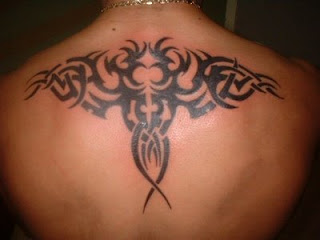